The program was created in response to the growing number of incidents that have taken place in schools across the Nation in recent years with a focus on improving physical security, emergency preparedness, and critical response strategies.

Operation Safe Harbor includes a variety of services for schools and school districts, including:

The operation began as an initiative sparked by a call-to-action from internal discussions, which posed a prudent question, “We do all of this training for the Government. We train police officers and secure government facilities. So why haven’t we addressed schools?”

The initiative has now grown into a full-blown operation with work performed in Texas at the Southside Independent School District (Southside ISD). Within two days of the Uvalde, TX tragedy, Controlled F.O.R.C.E. began Armed Security Services at all eight schools in the district. This culminated with a large-scale training event at Southside ISD High School in July, where the Controlled F.O.R.C.E. CRATE (Critical Response to Active Threat Environments) Course was introduced.

“A safe school environment is essential for students to be able to learn and grow. Unfortunately, school safety is a growing concern in the United States,” says Aaron Murauskas, Senior Director of Administration at Controlled F.O.R.C.E. “It is our goal at Controlled F.O.R.C.E. to raise awareness of security concerns and give people the skills and knowledge necessary to prepare, prevent, and protect with leading crisis management training. By working together, we can make our schools and communities safer.”

Since the Operation was launched, Controlled F.O.R.C.E. instructors have engaged with several school districts to begin implementing Operation Safe Harbor, including:

Controlled F.O.R.C.E. has also formed strategic partnerships with other security organizations to support this operation on a national scale, including:

About Controlled F.O.R.C.E.Controlled F.O.R.C.E. (First Official Response in a Critical Environment) strives to improve the safety of each and every person working to protect the security of this Nation. The company accomplishes this by instilling the knowledge and skills needed to operate with control and confidence so that communities can adapt to the dynamic challenges of today. Controlled F.O.R.C.E. is honored to craft and provide essential training, specializing and customizing unique methods that integrate into existing programs or developing curriculum to aid clients’ objectives. To learn more about Controlled F.O.R.C.E., visit controlledforce.com.

PrevPreviousViolence in the Workplace: Steps Businesses Can Take to Prevent it
NextUnderstanding the 7 Mission Command PrinciplesNext 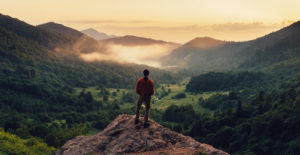 A version of this KiloGear article was published in Skillset Magazine, featuring Controlled F.O.R.C.E. “What if a military veteran tapped into his inner genius and created something that could combine fitness without hitting the gym and weighted spandex? I am talking about weighted workout clothing you could wear while you sit back and watch parents start fistfights at your 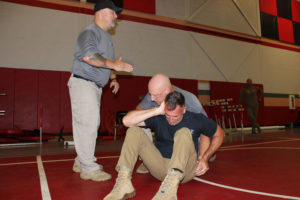 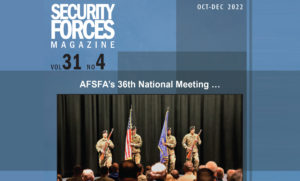