A version of this article was published on the Hanscom Air Force Base, featuring Controlled F.O.R.C.E.

“Controlled F.O.R.C.E. builds on what defenders learn from basic tactics and increases confidence in handling of their weapon systems, hand-to-hand combative training, and how to safely and efficiently work with your team when responding to a highly dynamic and active threat,” said Maj. Brandon Casso, 66 SFS commander.

Contracted instructors provided guidance through a series of daily drills and offered feedback on how each student performed.

“The combative portion of the training was helpful to me because I might go against a suspect much bigger than I am,” said Airman 1st Class Karren Mendoza, 66 SFS installation patrolman.

Casso highlighted the importance of the training for Hanscom’s law enforcement mission.

“Without a flightline at Hanscom, Blue Knights can focus on the law and order mission of the base and ensure our families and their children are safe,” he said.

The students ranged in rank from airmen to senior non-commissioned officers and also included one 66 SFS Department of the Air Force civilian police officer.

“We are always looking for new and innovative ways to build upon our defender’s foundational skill sets,” said Isaac Rosales, 66 SFS training manager who organized the session.

While Hanscom defenders secure the installation through the law enforcement mission, personnel can deploy to combat environments at any time.

“The role of our defenders is evolving and we are preparing them to respond appropriately to any critical emergency at home station or abroad,” said Rosales.

“The active shooter threat has become a more common occurrence,” said Bill Norvell, Controlled F.O.R.C.E. international master instructor. “This training will help the students be able to respond quicker in smaller units and neutralize that threat much faster.”

The skills learned during the course will help the defenders to better deal with stressful situations and also become more effective leaders, according to SFS officials.

“Confidence in making and executing split-second decisions is paramount in highly stressful situations,” said Casso. “Understanding how your body will react to a situation when your heart is racing and your adrenaline is pumping could mean the difference in making a decision that saves lives or inaction resulting in tragic consequences.” 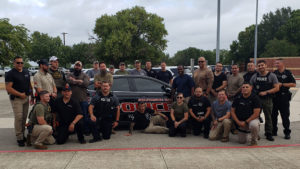 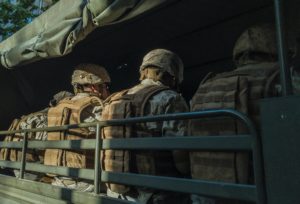 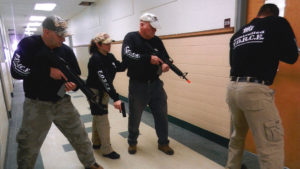